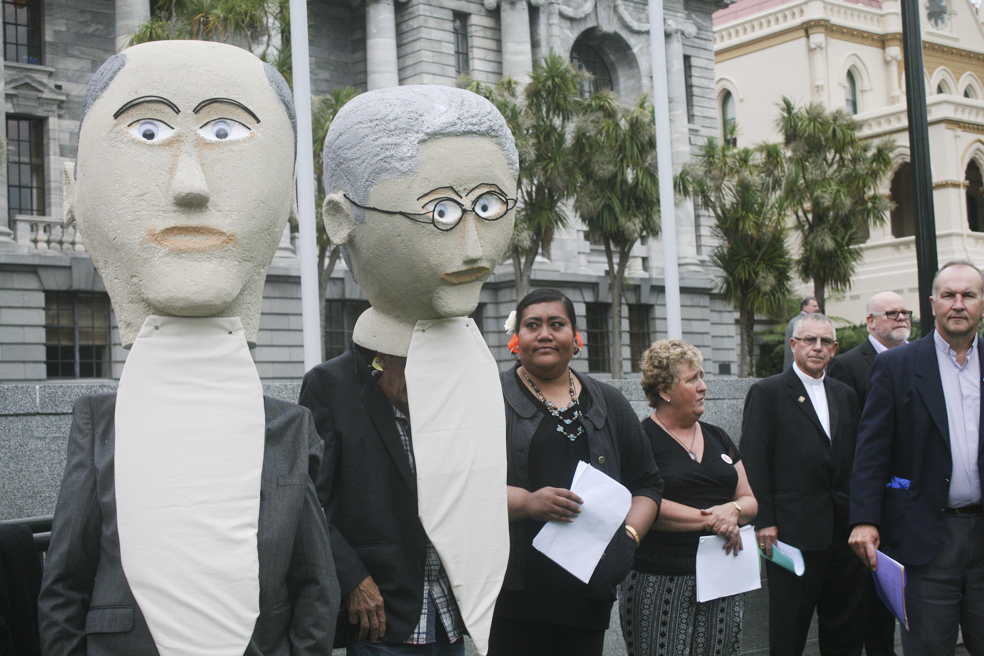 Mgr Gerard Burns who is a member of the Archdiocesan Justice and Peace Commission which orgaanised the picnic, explained the significance of numbers in The Bible.

The feeding of the 5000 is the only miracle that appears in all four gospels. It is the inspiration behind this picnic. In the story as it comes to us in Matthew’s gospel (14:13-21) the crowd is noted as some 5000 men, ‘not counting women and children’. Some say that if women and children were counted perhaps the number could conservatively have been 15,000.

In the story after Jesus has been preaching to the crowd, his disciples want him to send the crowd away to buy food because the hour is late and the people are hungry. But Jesus challenges his disciples to give the people something to eat from their own resources. They have five loaves and two fish.

Seven is a number of completeness (the seven days of creation in Gen 1; the seven deacons in Acts). After the feeding, how many baskets of scraps are collected? Twelve – also a significant number in the scriptures. There are the 12 tribes of Israel, the 12 apostles. In these two examples 12 represents the basis and founding of a people. 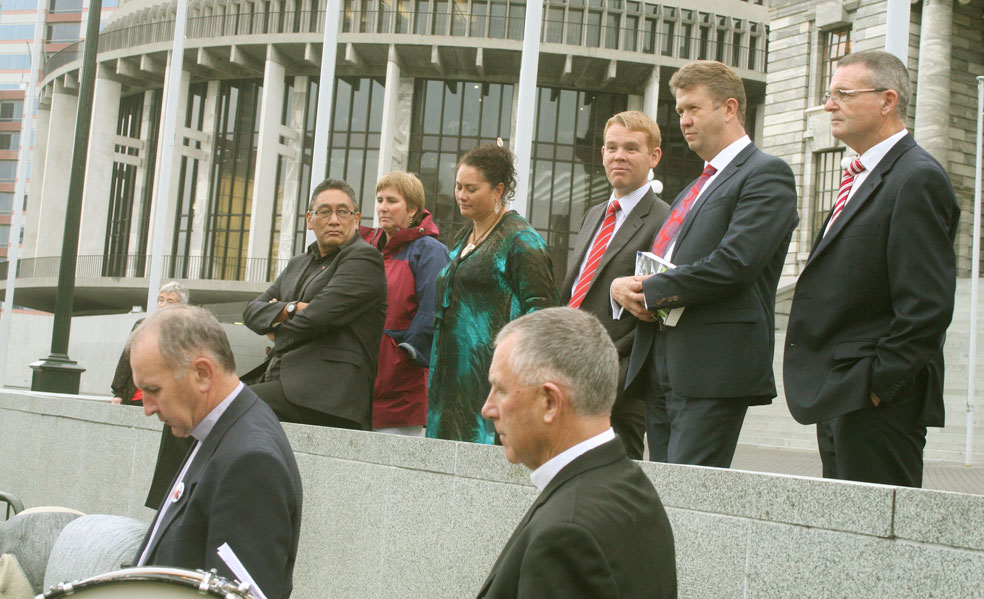 So we can interpret this miracle story as Jesus bringing to birth a new, healed and nourished people. Where there is hunger, poverty and inequality there is a broken, sick society – a society that is not whole or healed. The feeding of this people in Jesus’ miracle brings into being a new/renewed society.

Some will say that this picnic in the grounds of parliament is very ‘political’. I am reminded of the words of God coming through the prophet Isaiah (ch 58: 6-8). ‘Is this not the fast that pleases me – to break unjust fetters and undo the thongs of the yoke, to let the oppressed go free and break every yoke, to share your bread with the hungry, and shelter the homeless poor, to clothe the one you see to be hungry and not turn from your own kin. Then your light will shine like the dawn and your wound quickly healed over.’

It seems God is being very ‘political’ in this text! Jesus took up this proclamation. For those of us who are Catholics and going through Lent, may this kind of fasting be part of our Lent, too. There is a call to share from our own resources. But this is not just a personal, individual call – it is also about the resources of the community. There is enough among us for all.

And it is those in parliament who have a special responsibility in this regard.