What price a worker’s life? The investigation of safety measures at the Pike River mine, scene of the tragic death of 29 miners last November (2010), reveals the implications of not having the safe working conditions which are central to a healthy workplace. 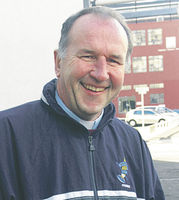 The Royal Commission of Enquiry into the Pike River explosions is into its third phase concentrating on what happened at Pike River that caused the underground explosions. The second phase in Greymouth in September heard from former mine boss Peter Whittall and others including family members of the victims.

Rerum Novarum’s 110th
The inquiry coincides with the anniversaries of two important documents of our Church.  Rerum Novarum (1891) and Laborem Exercens (1981) outline some of the Catholic Church’s understanding of justice in the workplace and their anniversaries remind us to reflect on these principles.

It is possible that even had the appropriate measures been in place at Pike River, the miners would not have survived but, it is evident that worker safety was endangered by the lack of these measures. No doubt there will be much technical detail surrounding this for the experts to work through but what are the reasons for safety measures not to be in place when the lives of their workers were at risk?

It appears that the company was under financial pressure and looking to keep costs down and this was occurring in the longer term legislative and regulatory climate that reduced the level of health and safety inspections and made mining companies responsible for these.

This is a stark reminder that a safe and healthy workplace is as important as fair wages for workers and their families. These bases of workplace justice are part of the Catholic Church’s social teaching.

Rerum Novarum (New Things) was the first major papal document to tackle the social situation produced by the 19th century Industrial Revolution. With the rise of modern machines and factories, difficult and dangerous working conditions, child and sweated labour and insufficient wages, Pope Leo XIII advanced workers’ rights. He stood up for a living wage and the rights of workers to organise (into unions) to seek fair pay and conditions.

His position came from the teachings of Christ, the early Church and reflection on what is owed to human beings. Subsequent popes took up this teaching.

Pope understood factory work
In 1981, the 90th anniversary of Rerum Novarum, John Paul II issued Laborem Exercens (On the Condition of Labour).  As a young man the Pope spent time as a factory worker and this document reaffirmed previous teaching on justice in the workplace and reflected on the importance of work for human flourishing.

Both these documents contain ideas further developed by local bishops and more recent papal reflections. They take Catholics into the heart of where people obtain their daily bread, exercise their creativity, interact with one another and learn how to live together. They challenge us on how we act in the workplace and on how to ensure justice for workers at home and abroad.

Low wages, unemployment, obstacles to union activity, unsafe work and lack of access to work training are some of the current challenges to Catholics in relation to work and workplaces. The factors mentioned above that may have led to the tragedy at Pike River are likely to continue in today’s profit-driven world.