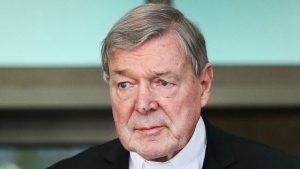 Cardinal George Pell’s appeal against his child sexual abuse conviction has been dismissed and he will remain in prison.

Cardinal George Pell has failed in a legal bid to quash his convictions of child sexual abuse in Australia.

Cardinal Pell was jailed for six years in March this year after being found guilty of abusing two boys in a Melbourne cathedral in the 1990s. He maintains his innocence.

His appeal against his conviction was dismissed by the Victorian court of appeal on Wednesday, 21 August. He will remain in jail until at least October 2022.

Pell challenged the verdict by arguing it was ‘unreasonable’ because there was insufficient evidence for the jury to convict him beyond a reasonable doubt.

His lawyers said the jury had relied too heavily on the ‘uncorroborated evidence’ of the sole surviving victim. But his appeal was dismissed 2–1 by a panel of three judges in Victoria’s Court of Appeal.

Pell, 78, maintains his innocence. His lawyers are now reviewing the judgement with a view to a possible appeal to the High Court.

The cardinal will not apply for a reduced jail sentence. In March, Pell’s legal team revealed he would not seek a shorter prison time if the Court of Appeal upheld his convictions.

Cardinal Pell, who was Vatican treasurer and a confidant of the Pope is the most senior Catholic figure in the world to be charged by police with child sex offences.