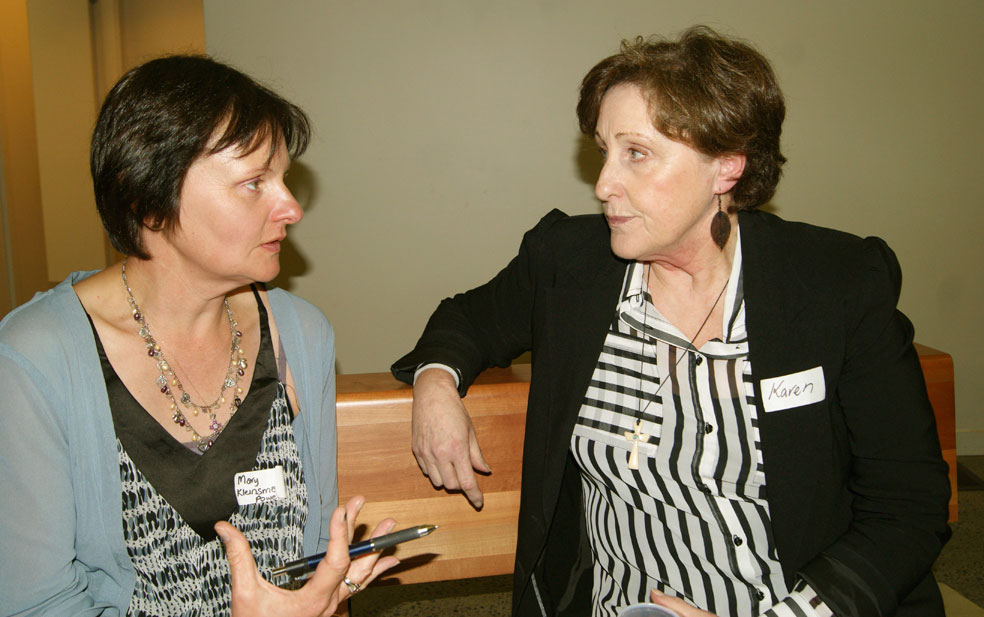 A longing for people to be able to pray and sing praise to God in their own language has been one of the greatest discoveries from a consultation/conversation with parishioners at St Anne’s Newtown.

Lay pastoral leader Karen Holland told a workshop on stewardship on Saturday 2 November that the removal of a banner with ‘welcome’ in the different languages represented in the community drew a surprising protest. The plan had been to move it from the back wall of the sanctuary into the foyer but the flimsy material on which the words were affixed disintegrated.

Karen, who spoke on hospitality to each other, said it became clear that simply greeting people as they arrived for Sunday Mass was not enough.

The parish community set out to find out who each person really is and to ask people what they wanted from the parish.

A decision that the parish didn’t play together enough led to a regular parish picnic and an annual Christmas social which were popular with people coming in cultural dress and dancing and singing and sharing their culture. 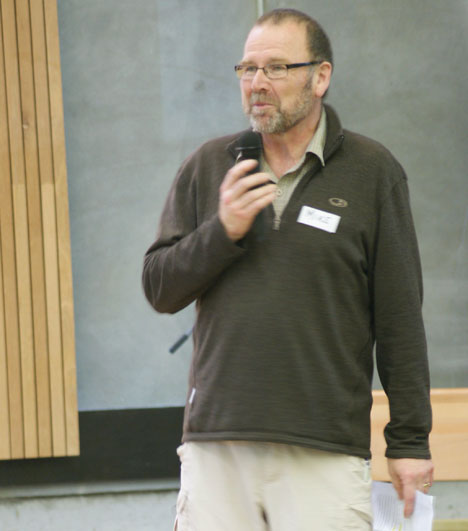 But after a year or two numbers started to dwindle and the leadership team decided that conversations with one another had to be intentional.

‘We needed to know how different groups wanted and needed to be consulted. This was when we discovered something horrific … only a small proportion of our community was active, was involved in leadership, was seen or heard.’

The parish used ‘any excuse to come together and share ideas’.

The dynamics in the parish were exposed when discussions about demolishing the presbytery and moving the parish office arose and these issues needed to be treated with a great deal of sensitivity.

Karen said she was glad of the anger at the moving of the ‘welcome’ banner because she discovered that ‘people with English as a second language wanted visible signs of their culture in art, music and prayer’.

‘When you walk into someone’s home, there are photos, artifacts and other symbols of their culture which help you to connect with those people.’

But she said refusing to allow anything in the church to be changed, as some people did, was like buying a house that someone had built and decorated some years before and wanting it to stay exactly as the previous owners left it. 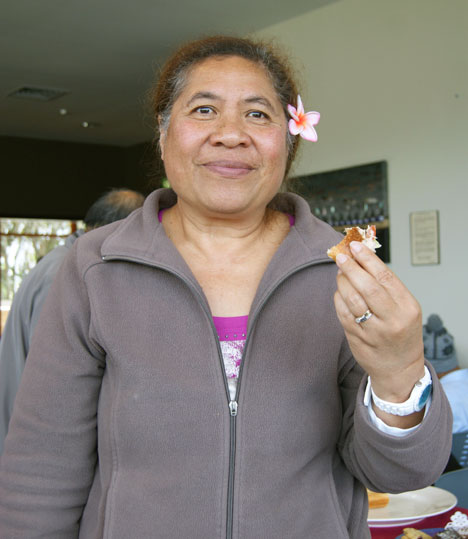 ‘So we decided we needed to be truly hospitable to each other and have that reflected in the way our buildings looked.’

After the church was renovated, the various cultural communities were invited to contribute a piece of fabric from their culture and these were mounted behind each depiction of a station of the cross. Pamphlets with prayers and reflections explain the story behind the cloth. Through this process, ‘people felt cherished, loved and accepted by the community.’

Dedicated cabinets in the foyer display the Treaty of Waitangi and the treasures of the school children. The parish also has a korowai to wrap around those being baptised.

The leadership team has developed guidelines for increasing diversity in its makeup to better reflect the community.

People with disability are encouraged to participate in liturgies and the parish works hard to understand the best way to consult with different cultural groups.