The government’s focus on primary health care in its latest initiative for low-cost GPs visits does little to address Mäori need for better access to secondary (hospitals) and tertiary health care. 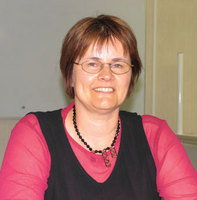 Last October the government introduced a low-cost access payment for Primary Health Organisations (PHOs) and their member practices which charge low fees to high needs patients. This was touted as a way to ‘support, encourage, and reward PHOs and their practices that, in order to deliver on low-cost access to primary health care and reduce health inequalities, have forgone revenue from patient fees’.

But the director of the Mäori health unit, Te R%u014Dp%u016B Rangahau Hauora a Eru Pomäre, Bridget Robson, says problems with access to health care are often far wider than cost. The reality is that with a sicker population, which Mäori are, they need to be able to get to hospital.

Research with Mäori women living in rural low-income areas of Wairoa has shown that going to Napier or Hastings hospital often necessitates taking a day off work. This might be because the bus runs only once a day, so they have to stay overnight or they have to come up with the upfront costs because travel costs get reimbursed only once the travel is taken.

Sometimes finding a car with a current warrant is difficult. Or if the hospital stay is longer term, it may mean running two households with two grocery bills.

A ministry of health report Decades of Disparity III (May 2006) states that ‘the proportion of Mäori who do not live in owner-occupied houses is approximately twice that of non-Mäori’ (p.33). A recent New Zealand Health Survey asked respondents where they had experienced discrimination and found that housing was the area most often reported by Mäori.

Bridget Robson says recent research on deaths and survival from cancer in rural areas has shown that the gap between Mäori and non-Mäori is widest in rural areas because rural non-Mäori are better off than urban non-Mäori.

‘I think that’s probably access to resources. It’s a socio-economic issue where you’ve got the rich farmers and poor workers who’ve been disinherited from their land.’

Rural disinvestment through the 1980s and 1990s with the loss of industry, post offices and bus services has harmed Mäori more.

‘I think that disinvestment has happened disproportionately in the north island where Mäori are more populous. In the south island the roads are all good, the infrastructure’s in place and people in the rural areas are better off. I think that was a discriminatory policy.’

Bridget Robson says there are some good aspects of the government primary care strategy.

‘The establishment of Mäori providers is also good and useful, and exciting and I think needs to be valued and also the value is there for non-Mäori because they’re providing for everybody whereas the other way around is not quite happening necessarily, probably in some cases, but not in all.’

But she says the dilution of resources in providing low-cost primary health care for everyone will increase the gap between Mäori and non-Mäori health status.

‘We would have liked a more targeted approach with low-income and Mäori people being prioritised more and significant funding channels going to Mäori providers with the vision of Mäori health providers being substantial contributors to the health system.

‘The proportion of funding that’s going to Mäori health is a tiny percentage compared to other health providers at primary care level. It is all a bit disappointing.’

That Mäori are sicker than other population groups is well documented. The minister of health, Pete Hodgson, said last September while announcing the New Zealand Health Survey, that Mäori have on average ‘the poorest health status of any ethnic group in New Zealand … and the Labour-led Government has made it a key priority to reduce health inequalities.’

In launching Decades of Disparity III last May, Mr Hodgson said ‘socio-economic inequalities explain much of ethnic inequalities in health but do not account for all the disparity’.

A Ministry of Health report, Reducing Inequalities in Health, May 2002, suggests that in coutries with a colonial past, such as New Zealand, indigenous peoples have poorer health, even when socioeconomic position is taken into account.

Other characteristics of New Zealand society which cause poor health in Mäori … are thought to include ‘institutional racism and for Mäori, the ongoing effects of our history of colonisation and land confiscations (for example through narrowing the Mäori economic base and reducing Mäori political influence)’ (p 3).