Research into submissions on what has become known as the anti-beating or anti-child violence bill, passed last month, suggests that a significant proportion of society views children as not yet human beings.

Many submissions to the Justice and Electoral Select Committee received on the Crimes (Abolition of Force as a Justification for child Discipline) Amendment Bill saw children as not yet competent, able to reason or knowledgeable but in need of constant guidance from parents.

Others focused more on what children can do and on what they already are rather than what they will become. 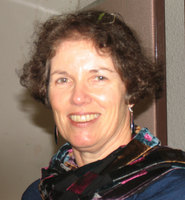 Against a background of an ‘outrageous’ level of child abuse in this country – New Zealand has the third highest child homicide rate in the OECD (UNICEF 2003) – the researchers, Sophie Debski, Sue Buckley and Marie Russell of the Health Services Research Centre, School of Government, Victoria University of Wellington, sought to discover whether there was a correlation between views of children and support for or opposition to the bill.

‘While most submitters who described religious views found these supported the use of physical punishment there were alternative views, with some arguing that fear or violence has no part in a “mature relationship with God”’ (39).

Some of the comments in submissions show strong views of the effect of original sin on children:

Breaking the wills of children has been considered a central task of evangelical parenting.

…every child is born with a sinful nature …

The full research paper is available at www.vuw.ac.nz/hsrc/reports/downloads/children_23_April.pdf

The Church is strongly in favour of the rights of the unborn child and argues vehemently for the humanity of a child from conception. Why is it not leading the call for the protection of those already born yet fragile in this society. The Church must lead in espousing the principles of non-violence in the family perhaps through instituting more positive parenting programmes.