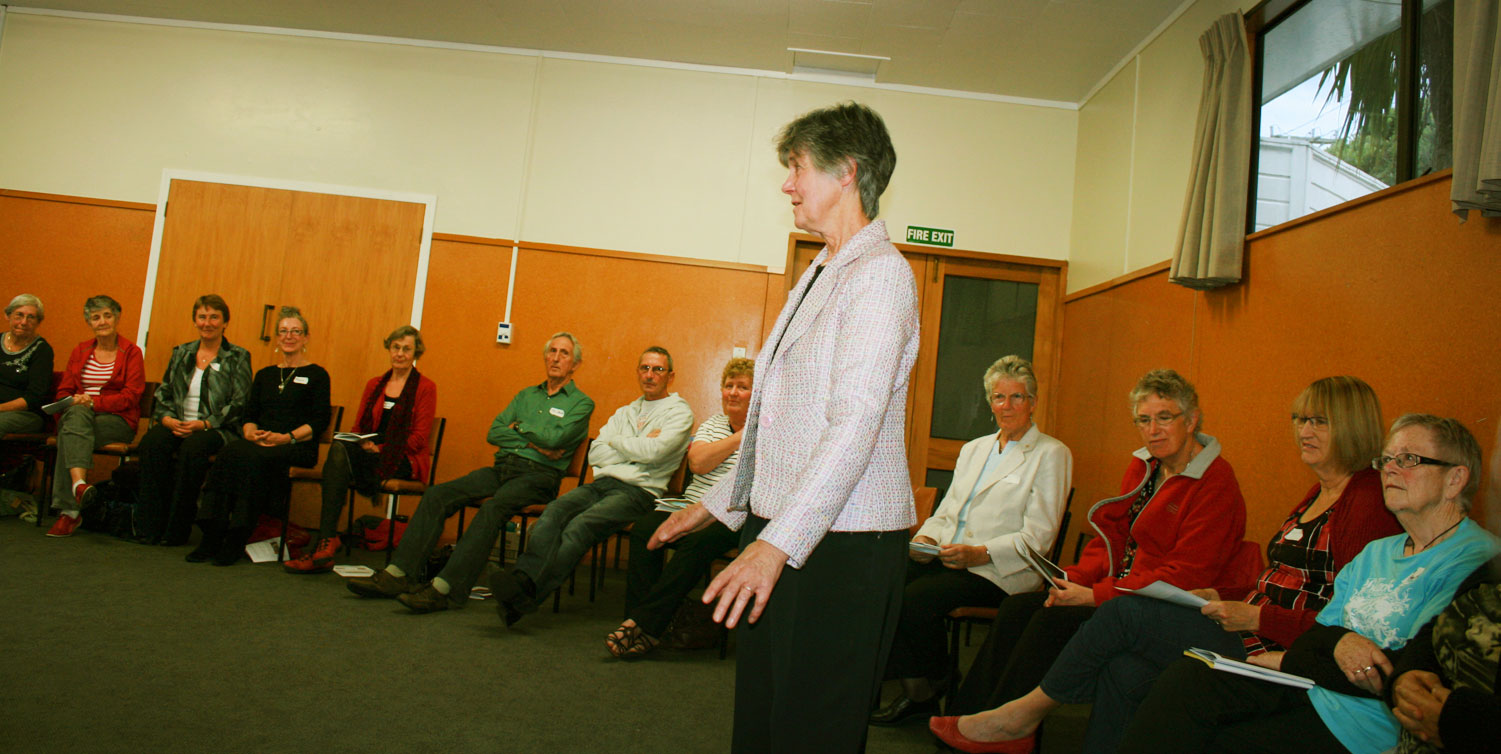 Some 45 people joined together with Australian Sr Anne Boyd in a workshop at the beginning of May in Plimmerton to discuss the interconnectedness of the universe and how Christians’ understanding links to what is happening in the world.

Through a 15-minute dvd, workshop participants realised that humans have been interconnected with each other and with other organisms in the cosmology for millions if not billions of years.

‘Because of the advances of science in the last few years, we are the first generation to include this new cosmology in our conversation,’ Sr Anne said. ‘Indigenous people have always known intuitively that everything is interconnected.

We experienced the glory of God through our senses.’

Many people came to the day-long workshop out of concern for the future of the planet and its beauty.

‘We need to know this story in context because it tells us who we are.’

Most biologists agree that the universe is in the midst of a mass extinction event. The last time this happened was 65 million years ago when an asteroid entered the earth’s atmosphere. Today it is human intervention which is destroying the earth.

The earth began as a swirling mass of molten lava that held everything. Then as the cooling came, galactic clouds formed, and after further cooling, stars, then explosions of stars, then planets and further on life forms, all the time with increasing diversity.There was a constant unfolding of differentiated beings each with its own set of dynamics but each held in relationship to the whole and to the source.
‘Every entity in that story has its own spirit. There is this innerness in everything that has come from this process and because it has all come from the same source it is held in communion.
Biologist Brian Swimme says, ‘As we move into this new understanding we have a new identity of ourselves as cosmological beings … not any small category, we are the Universe in the form of a human and it’s true of everyone.

‘This amazing new understanding of ourselves that is so profoundly inclusive – everyone is part of this – everything is part of this and we discover as well a profound kinship.’

The idea that we are all connected with the universe and have been for a long time is an ancient notion in terms of our mystical tradition, Sr Anne said.

The mystics knew that everything was interrelated. They had no experience of separation.

‘Prayer is nothing more than the breathing in and the breathing out of the one breath of the universe,’ said the 12th century German mystic Hildegard of Bingen.

All creativity and all consciousness arises in some mysterious way from the depth of the earth, birthing all the time.

We say God made everything but we have been thinking in terms of a single moment of creation. ‘Now we say it is an unfolding, unfinished process so we need a lot of new imagery and new languages.’

One participant said that it was just as important to realise that beyond the words there has to be a silence – a realisation that the mystery always goes further.
So God is still transcendent but infinitely involved.

That sense of communion through time and space from the very beginning, the first blaring forth from the heart of divine mystery which scientists call the big bang, we think of it in our faith tradition as an outpouring of love reaching some high points in consciousness.

At the moment when Jesus appeared, other world religions were developing as well.

‘Humans reached some level of new consciousness at that time and it would seem that we are reaching another level of consciousness now as the unfolding continues.’

Sr Anne suggested that it was important to dwell on the matter around us – the fact that we eat produce from the earth that has come through a process.

‘It’s just now coming into human awareness it is going to take a lot of reflection to embody the full implications – it is a massive change in human consciousness.’