One of the challenging papers I studied at university is now making much more sense from my current vantage point in Thailand, working for six months with refugees and migrants from the oppressive Myanmar (formerly Burma) regime.
International Political Economy brings an understanding of how the political economy dictates so much of the way in which people live their lives around the world and how powerless refugees benefit least from the global financial situation. 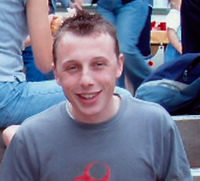 I am writing this in Ranong, Thailand, while planning lessons for Burmese student migrants whose daily reality is largely a by-product of a political economy that places the profits of a few above the lives of the majority.
Whether it is a brutal military dictatorship as in neighbouring Myanmar or a multinational corporation, the result is that people are used to increase profits and market share.

Free market economics dictates that the market maintains a natural balance and those businesses that fail are victims of their own inability to be competitive.
Companies make their profit margins a higher priority than people whether they be staff or consumers because it is financially better to do so and because their shareholders demand it.

It’s likely that the regime in Myanmar survives on the enormous revenues it receives from gas and oil companies that ignore the abuses that take place where they are doing business. Some forced labour occurs to ensure the low running costs of the businesses themselves.

The recession highlights what can happen when financial markets are uncontrolled and unregulated. Successive New Zealand governments have maintained varying forms of state regulation over the economy so we know that while the rich are getting richer and the poor getting poorer, there is a social welfare safety net for those most in need. In many countries, people are often reduced to economic units, working long hours for little pay because western shoppers have become addicted to artificially low prices for goods – prices that do not reflect the real cost of production that would include a fair wage and safe working conditions.

What responsibility do we as consumers have? We are just as much a cog in the liberal economic machine because how and what we buy plays a role in the international political economy. Do you buy products from a company that you know has unethical practices or uses sweatshop labour? I believe that we, as Christians, have a responsibility to know. It is not good enough to plead ignorance especially when your purchasing actions may make the difference between lifting someone out of poverty or keeping them firmly entrenched in it. If you would like to know about a company’s practices check www.ethicalconsumer.org

Papal encyclicals and bishops’ pastoral letters urge us to remind our leaders that the economy exists to serve people, not people to serve the economy. If the economy isn’t working for all, then it isn’t working, regardless of how well it seems to work for you. Essentially it comes down to having a fraction less so that vast numbers of those less fortunate can have a whole lot more. Sometimes I remind myself that it could be me working as a migrant struggling to earn enough so that someone in another country can have something a bit cheaper than what it really should cost.