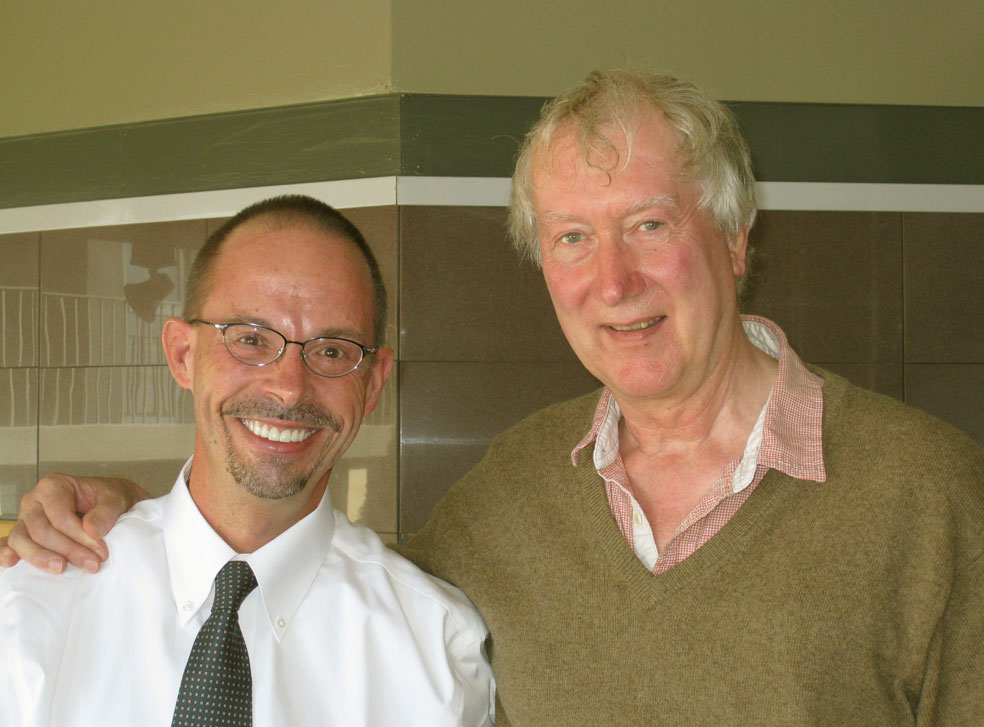 Grace, gift and benediction were three words picked up by Archbishop John Dew when he formally closed the Diocesan Clergy Assembly in Rotorua on 20 September.

Keynote speaker, Dominican priest Timothy Radcliffe, had used these words as he explored images of leadership suitable for the Church in our time.

Archbishop John applied them to the experience of the assembly itself: a time of grace in which the presence of God was fully acknowledged; a gifted time when 180 priests from New Zealand’s six dioceses could celebrate their brotherhood in Jesus Christ; and a time of blessing when priests could appreciate how blessed they were in their vocation, their fellowship and, especially, in and through the people they serve.

The Rotorua Assembly took its theme from St Paul, We hold a treasure in earthen vessels [2 Corinthians, 4:7].  It was the largest of three such gatherings of priests ministering in New Zealand parishes. Held at five-year intervals, the previous two had been in Blenheim.

A second key speaker was Vatican commentator and journalist, John Allen. They spearheaded reflection on the theme, with strong, uncompromising presentations on the role of priests in a rapidly changing society and projections as to where we might be heading.

John Allen identified some trends in the Church, including:

He said the election of Pope Francis meant the Church was taking these trends seriously. The first Pope from the global south has already denounced the ‘globalisation of indifference’, putting new emphasis on justice and peace issues such as refugees, poverty and violence.

Pope Francis is also indicating a preference for the Church to shift from an internal focus on identity (being too caught up in who we are) to an external focus on mission (responding more to what we are sent to do).

Timothy Radcliffe took leadership as his starting point, showing how leadership within the Church has changed from an ‘aggressively defensive’ stance to an outward-reaching ‘inclusive’ leadership that encourages all the baptised to realise their own leadership potential.

He used the ‘Prodigal Son’ parable to offer images that immediately resonated with us. Emphasising that ‘grace heals division’, he said the father didn’t panic when the son left home after virtually destroying the family. Nor should we panic when we face uncertainty or seemingly impossible tasks.

Both son and father ‘took the initiative’ in making the return possible, the son deciding to go back (even without a guarantee that he would be accepted) and the father going to meet him (without waiting for his apology). Today’s leadership needs to empower others to ‘take the lead’, to live imaginatively while being unafraid of vulnerability.

He told us to trust the young. Their ‘now’ is different from ours so we need to create a space for them to be heard. We should see today’s youth, just as we should see ourselves, as gifts and blessings with enormous potential.

Stewardship and co-responsibility are significant factors in realising the new approach to leadership. We are at the edge of an exciting time for the Church. Understanding this will help all who share in the priesthood of the baptised to live in the body of Christ and bear fruit.