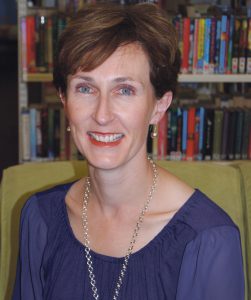 Current director, Bill Kilgallon, who is retiring later this month, has been in the role since 2013. He has been responsible for handling complaints from anyone who says they have been abused by a priest or member of a Catholic religious order New Zealand; as well developing and planning strategies for preventing future abuse.

Ms Noonan, a former Christchurch lawyer and mother of two, recently worked as the inaugural safeguarding co-ordinator for the Catholic Diocese of Christchurch. She takes up her new role in early 2018.

NOPS is an agency of the ‘Mixed Commission’ – a partnership between the New Zealand Catholic Bishops Conference and the Congregation Leaders Conference of Aotearoa New Zealand. It sets out the strategic direction for the Church’s safeguarding policy for children, young people and adults at risk. It is also responsible for monitoring and auditing the compliance of dioceses and religious orders with these safeguarding principles and procedures. NOPS responds to all complaints of abuse in the Catholic Church and manages the complaints procedure.

Ms Noonan has been involved in a range of organisations, including private legal practice, directorships on local and national boards, and as a government consultant in statutory management and governance facilitation roles.

Committee chair Mr Phil Hamlin said, ‘We are delighted Virginia will take up the position, building on the good work done to date by Bill Kilgallon. While new to the role, Virginia has a good understanding of the issues, having worked with Bill in her capacity as a one of the six, diocesan safeguarding leaders.’

Ms Noonan said, ‘I am clear safeguarding is not simply an issue of compliance, but is an integral part of the life and ministry of the Church. As every person has been created in the image and likeness of God, we have a duty to value and safeguard all people within our Church community.’

Expressing his gratitude for Bill Kilgallon’s several years’ work as director Mr Hamilin said, ‘Bill has been a real asset to the office with his considered, objective and compassionate approach. I acknowledge his tirelessness in seeking accountability, justice and forging a path for healing and I wish him all the best for a busy and fulfilling retirement.’

The latest issue of WelCom is available to read here.

The next stage of Pope Francis’ Synod on Synodality has begun with the Vatican on 27 October publishing the working document that brings together the many Synod syntheses from around the Catholic world including Aotearoa New Zealand’s.