The Central Hawke’s Bay community turned out in April to celebrate the opening of a new building to house Pleroma Social Services and Pleroma Christian Supplies based in Otane.

This is the culmination of almost 40 years of growth for the two trusts which grew out of 1970s Abortion Law Reform agitation and the resulting concern for the welfare of pregnant women needing support.
Shirley, top right, and Ian Duthie gathered around them like-minded people, sought help from professionals with the skills they needed and the Pleroma Trust was born. People needing help were initially housed in the Duthie family home until a comfortable residential unit was built on the property.
Shirley vividly remembers the night a young pregnant woman was found nearly frozen in a car in a heavy mid-winter frost and brought to Pleroma House to thaw, heal and eventually give birth to a healthy son.

Alongside the work of caring for those in need, Pleroma rented a shop in Waipawa and, with great ecumenical support and a generous gift from an anonymous donor, Pleroma Christian Supplies was born.

Nearly 40 years later the work is done by two charitable trusts, each separate entities. Pleroma Social Services offers social work, counselling, stopping violence and other programmes for young people and adults, spiritual direction and supervision through qualified professionals. Pleroma Christian Supplies has grown into New Zealand’s major Catholic distributor and retailer with a mission statement requiring it to provide the tools of evangelisation for those in the front line. 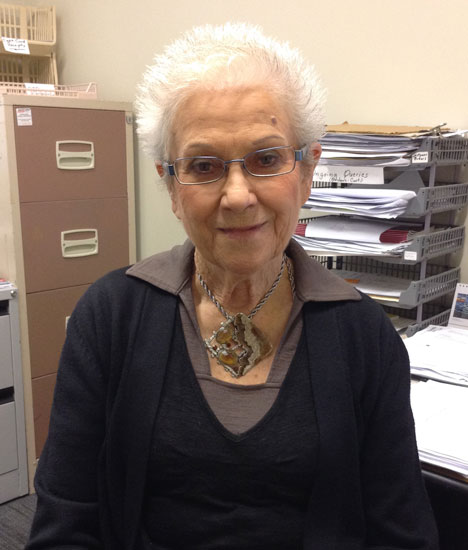 Kopua’s Abbot Brian Keogh and kaumatua Rev John Flavell blessed the new building in the April festivities. Abbot Brian spoke of the Greek New Testament origins of the word ‘Pleroma’ stressing its implications of fullness, brimming over, the absolute generosity of God. As the guests moved through the building, members of staff explained the function of the various rooms. The evening was attended by the staff and boards of both organisations and their families alongside representatives of those involved with the building. Mayor, Peter Butler represented the people of Central Hawke’s Bay.

‘Along the road from the 1970s have been many miracles of provision, those strange God-incidences that build faith and on occasions are breath-taking in their audacity,’ said Shirley Duthie. Chair of Pleroma Trust since its inception Mark von Dadelszen put it differently, ‘Surely the dedicated work of the Duthie family and those who have supported them is a living example of the pleroma of God’.