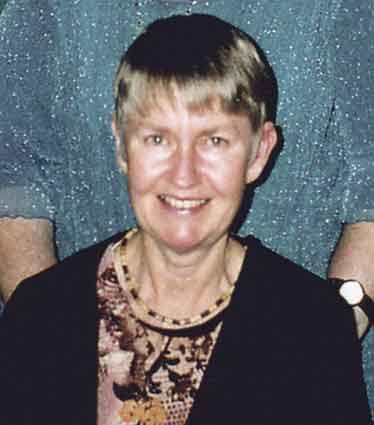 April 2014
Elizabeth Julian rsm
When discussing Pope Francis’s call for a deeper theology of women, we need to be aware that any new theological development can cause hope for some, fear or anger in others. As Susan Wilson reminded us in her February article, it is important that we don’t allow fear to stop us imagining new ways of doing things. Pope Francis has challenged us:
‘I dream of a ‘missionary option’, that is, a missionary impulse capable of transforming everything, so that the Church’s customs, ways of doing things, times and schedules, language and structures can be suitably channelled for the evangelization of today’s world rather than for her self-preservation.’ (Evangelii Gaudium #27)
Perhaps the pope will factor the deeper theology of women into his dream of transforming everything for the sake of evangelisation. However, a recent report makes me nervous:
‘Regarding the subject of women’s roles in the church, the pope says, “it is true that women can and should be more present in the places of decision of the church”.’
‘But this I would call a promotion of functional type,’ he says. ‘[Moving] only in this way you do not come far down the road.
‘We must rather think that the church … is feminine from its origins.’ Mentioning the 20th century Swiss theologian, Hans Urs von Balthasar, the pope says, ‘the Marian principle guides the church next to Peter‘.
I am nervous because it was von Balthasar who wrote: ‘The Marian element holds sway in the Church in a hidden manner, just as a woman does in a household… It is essential that it should be the true spirit of Mary which comes into the light: the spirit of the handmaid, of service, of inconspicuousness, the spirit which lives only for others.’ ([The ‘Marian Principle’, Communio 15, Spring 1988, p129).
I understand this is an ecclesiological statement (ie, about the Church) not a statement about women. However, its underlying assumption about women is unacceptable today, to say the least, and I sincerely hope it does not underpin the role for women that the pope has in mind. Von Balthasar argued that the Marian principle (this refers to Mary’s fiat, her total ‘yes’ to God) holds priority over the Petrine principle (the hierarchical structure). Mary’s total surrender in love to God is what we are all called to. She is our model of holiness (CCC#773). Mary said ‘yes’ before Peter did – I think he said ‘no’ somewhere along the way, too. This is what the Pope means by saying the church is ‘feminine from its origins’.
However, using Mary as a model for the church and for women can be problematic, but of the recent popes, Paul VI (astute readers will note that I use Petrine sources throughout) is the most helpful: ‘When the Church considers the long history of Marian devotion she rejoices at its continuity, but she does not bind herself to any particular expression of an individual cultural epoch or to the particular anthropological ideas underlying such expression.’ (Marialis Cultus #36).
A few years earlier, Vatican II reclaimed Mary as ‘type’ (ie, the one who typifies) of the church (Lumen Gentium #63). This understanding arose from St Ambrose (340–397) but was overshadowed as Mary became more and more exalted, that is, she became the exception rather than a type. As type, Mary is a sign of what we are all called to be. She is the first realisation and type of the community of believers who hear the word of God and do it. By highlighting this understanding once again, the council was able to correct many exaggerations in Marian theology, as well as pave the way for future developments. However, as theologian Elizabeth Johnson (Truly our Sister, 2003, p. 66) points out:
‘What is not said is equally significant. Mary is not the model of the church in its institutional aspects, most particularly in its pastoral leadership. She is not the model of the church in its official role of governing, preaching and administering the sacraments. She is not the model of the church’s ordained priesthood. Priests may look to her as the model of their own faith and charity but not of their ministry, except insofar as they symbolise it as the maternal role of bringing persons to birth in Christ.’
It is Peter, not Mary who is the model of the Church in its formal structures and sacraments. Yes, let’s reclaim von Balthasar’s ‘Marian Principle’ and maybe the cracks in the stained-glass ceiling will be widened, but link it to a theology of Mary such as that in the New Zealand Bishops’ 1988 pastoral letter And the Mother of Jesus was there.
Here we see a very different Mary from von Balthasar’s inconspicuous handmaid. In the section headlined ‘Mary a Woman for Today’, the bishops use scripture to show Mary as strong and courageous, going out to others, concerned for their welfare, loyal in adversity and persevering in her devotion to Christ. Furthermore, referring to the Annunciation, they claim:
‘God dignified her by consulting her – not over some trivial everyday matter of no consequence – but an event of world-shattering significance. And Mary responded frankly and openly, asking questions and not hesitating to express her emotions and feelings
(cf Luke 1: 26-38).’
Imagine a church in which women are consulted like this. Imagine women joining the C8. Pope Francis should heed this document’s theology rather than von Balthasar’s outdated understanding of the ‘true spirit of Mary’. One day the stained-glass ceiling may shatter completely.