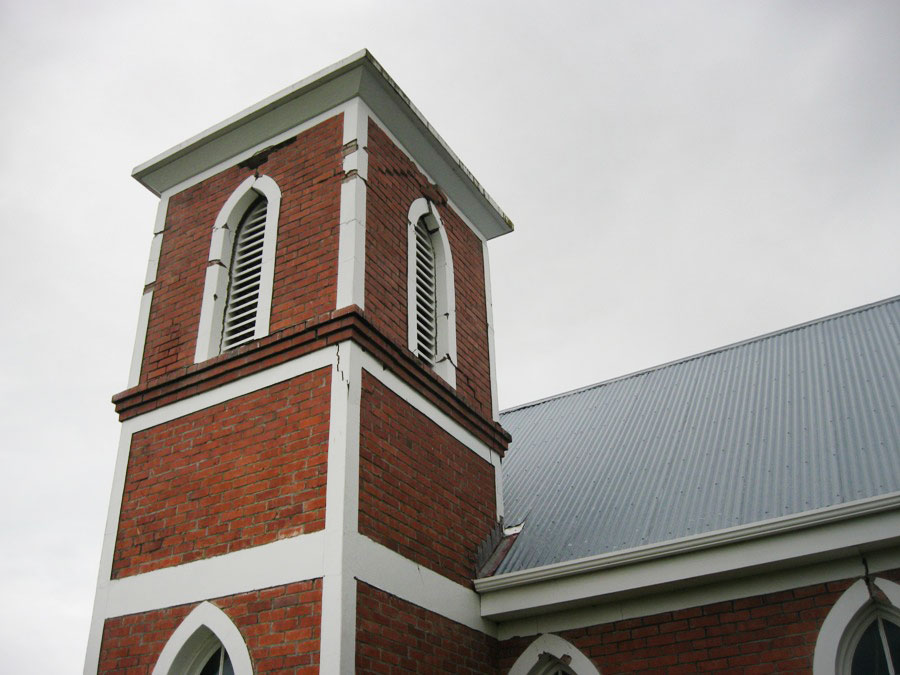 One parishioner in the tiny town of Ward near the epicentre of last month’s 6.6 earthquake is planning to teach her grandchildren about their guardian angels because she says someone was certainly looking after them.

Mary Hickman who, with husband Ossie, and their three sons form the nucleus with the West family of the parish in Ward, says they are all counting their blessings.

Her husband, who is disabled, was lying on the bed alone in their brick house when the quake struck at 2.31pm on Friday 16 August. He said it was like being in a very violent storm at sea.

‘Things were ‘flying off the walls’ during the violent and prolonged shaking ‘but he wasn’t hit,’ she said. When the shaking stopped he managed to get himself into the nearby sitting room to wait for one of the sons to help him to safety.

All the families gathered away from the houses and power lines until the first of the numerous aftershocks had subsided and one of Mary’s sons, whose wooden house needs its chimney demolished, has moved his family with four children to temporary accommodation in Blenheim. She and Ossie moved to a motel.

Another branch of the family most of whom farm between Grassmere and Ward have sustained ‘massive damage’. ‘One of their homes, a brick house, is red-stickered (uninhabitable).’

Mary says the experience has been numbing. ‘You know you have to manage but it’s one day at a time.’

And as for those guardian angels, ‘it’s a good opportunity to learn that God has special people he sends to take care of us’, says Mary.

Meanwhile, the quake has also rendered the town’s Catholic Church unsafe. The top third of the bricks on the steeple of the church, which celebrated 75 years recently, have loosened. The tower is over the entrance to the church.

Scientists say last month’s quakes came from a fault line lying under Lake Grassmere about 40 kilometres south of Blenheim whereas the July shocks were centred more in Cook Strait. 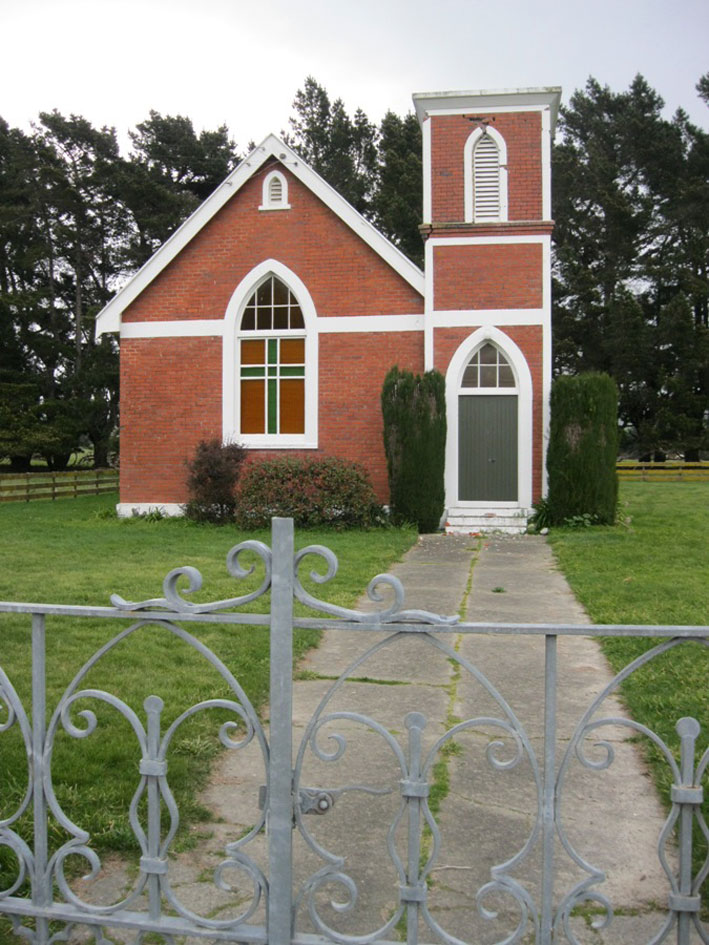 The more than 3,500 aftershocks since the 5.7 on 19 July have given seismologists a clearer idea of the larger fault system, the Dominion Post reported on 20 August. It appears seismic activity is moving away from Wellington.

GNS geoscientist Bill Fry said it was more important to think in terms of a seismic network.

‘There are a lot of faults in the upper South Island that could potentially give rise to earthquakes,’ he told the Dominion Post.

And the archdiocese is still awaiting confirmation of the extent of minor damage to others of its buildings in the wider region. Structural engineers have inspected the Catholic Centre and other archdiocesan workplaces and say the damage appears from initial assessment to be cosmetic.

Director of Archdiocesan Support Services David Mullin is asking parishes to look for any signs of damage  to assess the need for an engineer’s inspection.

These earthquakes are a timely reminder of the need to do what we can to improve the strength of buildings for people’s safety and confidence.