The Rarotonga community watched with horror and sadness as fire again destroyed a classroom block representing two-thirds of the teaching space at Nukutere College, rebuilt only seven and a half years ago after a similar inferno.

Police investigations have now confirmed that the fire in the early hours of Sunday 20 October was deliberately lit. The block which houses six classrooms, three resource rooms, a science lab, tuck shop and store, had been rebuilt within six months of the February 2006 fire with financial help from NZ Aid and tremendous local and other NZ support.

On both occasions the local fire service was unable to fight the school fire because two of its three appliances were committed to international airport duties with three international flights on the tarmac. The third appliance was about 25 minutes away but was able to prevent the fire engulfing nearby houses.

Wellington Archdiocesan schools manager Michele Lafferty who watched the fire says it is hard to describe the deep grief felt by everyone there. 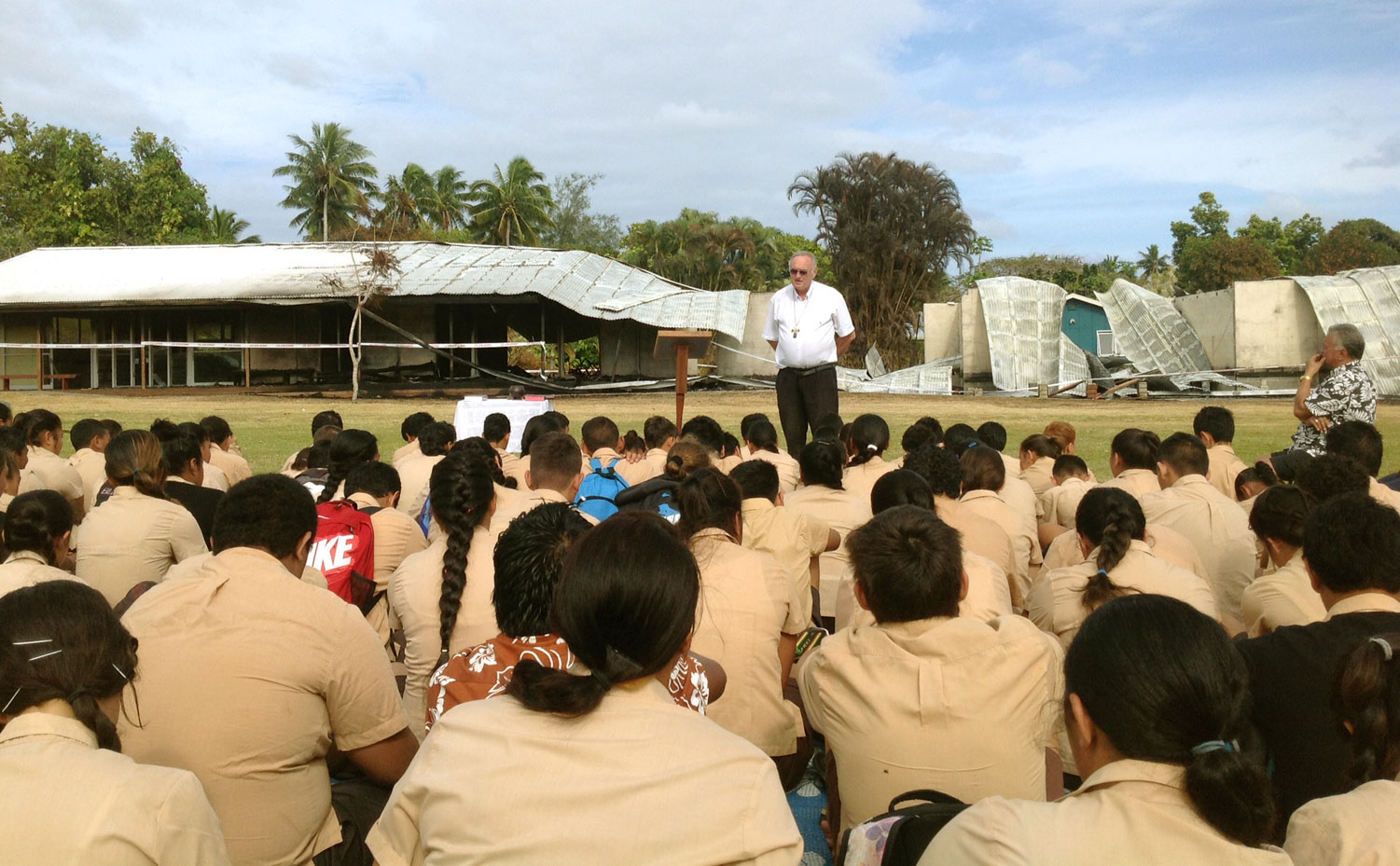 ‘Education is not easy and resources have to be built up over years. The director of religious studies, Sr Luisi, is worst affected. Resources for other subjects can be borrowed but she has had to build up her own resources and has now lost everything. College officials are determined that the school will reopen in time for senior students to prepare for their NCEA exams in the second week of November.

‘The whole community is coming together to support their school and former students are mobilising fundraising activities.’

Meanwhile, Caritas Aotearoa New Zealand is accepting donations on behalf of the school to help its recovery. Contact Caritas on 0800 22 10 22 or visit their website for details on how to donate via the internet.