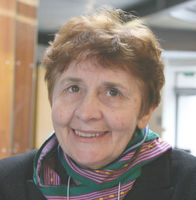 First Reading (Jonah 3:1-5, 10). The book of Jonah is a story of God’s judgment, of a people’s repentance, and of God’s liberating power. Jonah is the messenger who brings God’s word of judgment to the city of Nineveh. His word is effective: the people ‘believe God’ and turn from their ‘evil ways’. God is depicted as pliable and capable of also changing direction. Jonah’s God is a God of freedom and forgiveness.

Second Reading (1 Cor 7:29-31). Paul’s early letters have to be understood against the background of his conviction that the end of the world was just around the corner. He invites his readers to turn their lives towards God. This reading might lead us, in our 21 st century context, to ponder the transitory nature of many of our conventions, popular philosophies and institutions. It might function as an invitation for us to keep bringing our limited political, social, or economic systems into dialogue with God’s empire of boundless justice and compassion.

Gospel Reading (Mark 1:14-20). Most of the gospel readings this year will be from Mark’s story of Jesus. As with any story, it is best to read it from beginning to end. That takes about two hours. The main character is Jesus and there are other characters and character groups. The first part of the story (Mk 1:1-8:26) raises the question, ‘Who is this?’ The central passage (Mk 8:27-30) provides a partial answer: Jesus is the Messiah or God’s Anointed One, the Christos. The second part of the story (Mk  8:31-16:8) is full of surprises: Jesus is not a militaristic messiah, but one who is prepared to suffer death for the sake of God’s empire%u2015God finally triumphs over suffering and death. The invitation to us as readers is to enter into the story, to identify with the characters and character groups, and to listen to the teachings of Jesus. In the passage selected for today, the Markan Jesus announces his programme and invites others to reorient their lives and join him on a mission of proclaiming God’s way of being in the world. One might get the impression that the disciples are all men. We have to go to the end of the gospel to find that there are also women ‘who came up with him toJerusalem’ fromGalilee. The central section of the gospel (Mk 9-10) makes it clear that there are children on the journey as well. So let us imagine a much more extended group around Jesus than today’s little gospel reading suggests. Women, men, and children, we are all invited to leave behind whatever gets in the way of bringing God’s empire into our world.