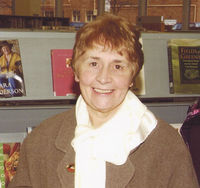 Most of us have known the experience of feeling powerless in the face of rejection, especially when it is rejection from those who are closest to us, from those who might normally be expected to understand and affirm us. This seems to be the experience of the Markan Jesus. Earlier in the gospel (3:20-21) Jesus is misunderstood by his family who, along with the Jerusalem leaders, think he is out of his mind. His family tries to control him, to take hold of him and save him from himself, as well as from what they perceive to be his crazy lifestyle. When they come to take him away, he leaves them outside and continues to teach about a new sort of kinship.

In today’s gospel reading, it is the neighbours and friends of Jesus’ family who have trouble coping with him. They admit that his teaching demonstrates considerable wisdom. They also acknowledge his extraordinary power as a healer. From their perspective, however, something doesn’t add up. After all, he is basically just one of them.
Jesus’ hometown people don’t simply puzzle over his extraordinary powers. They are actually ‘scandalised’ by him. He experiences their response as rejection and tells them how he feels. In so doing, he identifies himself with the rejected prophets of old. The townspeople’s lack of faith renders the prophet Jesus powerless: according to the Markan author, he is simply unable to perform any mighty deeds among them. There is a hint in the text, however, that some few do have faith: ‘he cured a few sick people by laying his hands on them’. Mark’s gospel shows again and again that it is always possible to stand out from the crowd-for better or for worse.

At times, we may be like Jesus, bringing the wisdom and power of God to ‘friends’ who refuse to listen. Sometimes, we may be like the few who come in faith and experience the healing power of Jesus. At other times, we may replicate the behaviour of the opponents of Jesus. Australians are said to be adept at putting the tall poppies down, discounting the achievements of those who excel. We probably should all look into ourselves from time to time in order to check whether or not we are mirroring the behaviour of the people of Jesus’ home town. To refuse to see the goodness in another may have something to do with a lack of faith and may actually stymie the power of God at work in their lives.