On Friday 17 June five All Blacks visited St Mary’s College, Wellington, to run a skills session for our rugby players. St Mary’s was a winner of the OneMoreTeam Competition where three schools throughout the country were chosen to receive a visit from the All Blacks. The session involved questions and answers, signature signing and skills and drills, such as ball retention, tackling, passing and taking the ball into contact. Currently, both St Mary’s College rugby teams are unbeaten in their respective competitions. 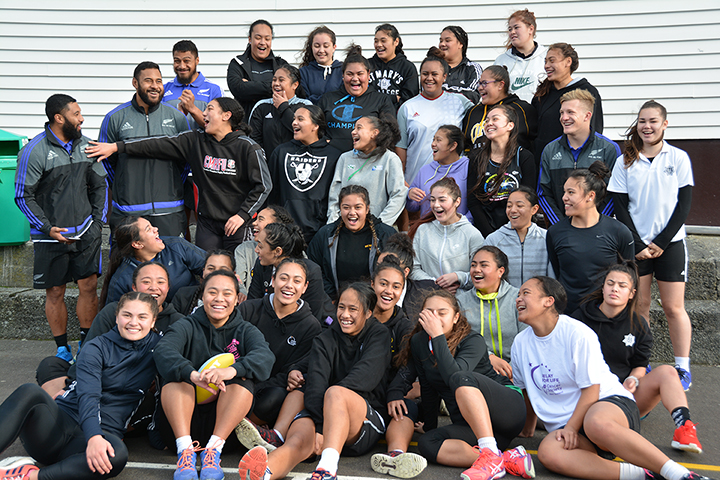 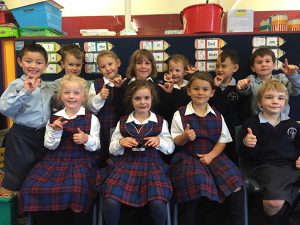 St Theresa’s School in Plimmerton has won an award for promoting New Zealand sign language after only including it in the curriculum since the beginning of this year.

A deaf student began in the new entrants’ class in term one, and sign language is needed to communicate with him. So we started a sign-language learning programme for our students.

The school received the ‘NZSL in Schools Award’ at the 10th annual New Zealand Sign Language Awards on 14 May. The awards acknowledge the efforts of those committed to the promotion and progress of sign language and deaf culture in New Zealand.

Deputy principal and new-entrant teacher Deborah Norris said the school was not expecting to win.

‘We were surprised because we’d only been learning sign language for one term,’ she said. ‘Some schools have been doing it for years.’

The pupils have been really enthusiastic about learning the language. Her class of five-year-olds spent all day signing, and have presented a school assembly entirely in sign. Morning prayers were done in sign.

The school hosts a sign-language club during Monday lunchtimes, which 35 to 40 children attend.

‘The children are giving up their lunchtimes for it. Its voluntary, they don’t have to – but there’s a good number who are really committed and come every week. The goal is that when our deaf student leaves school, the children who have grown up with him will be bilingual.’

Pupil Patrick Reiher (5) said he enjoyed using sign language. ‘It’s cool because you can talk through windows. If someone is far away you can still talk to them,’ he said.

She believed New Zealand sign language would become an NCEA approved subject, so the pupils could continue to learn throughout their education.

‘There are people who need it – they have to use it. It’s not a choice for them. If someone in your family is deaf then you have to know sign to communicate with them.’