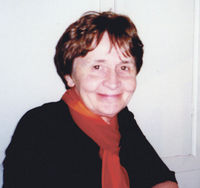 The scene is the wilderness or desert, the biblical place of testing and of beginnings. The main character is John the Baptist. His food and clothing are desert-derived. His voice is heard in thedesert of Judea. John is identified as the one of whom Isaiah spoke, the voice crying in the wilderness, ‘Prepare …’

Ecologically, the Isaian image is quite destructive: preparing the way involves major earthworks that reconfigure the landscape, levelling the mountains and filling the valleys to create straight paths. Yet the way is never straight and the metaphor must not be literalised. John knows this.

The preparation he calls for is ongoing metanoia: keep on expanding your horizons and turning your lives around, for the kingdom of the heavens is ‘close at hand’. The kin-dom is both present and yet still approaching (the verb used allows for this ambiguity).

The images of peace and reconciliation in the first reading ( Isaiah 11:1-10 ) provide content to the notion of kingdom or basileia : the wolf will lie down with the lamb! John is announcing the advent of God’s long awaited empire of justice and right relationship. He offers a baptism of repentance ( metanoia ). In other words, John’s baptism presupposes a commitment to a renewed way of life.

His ministry is effective. It attracts ‘people of Jerusalem, all Judea and all the region along the Jordan River.’ The arrival of two groups of religious authorities prompts a fierce response: ‘you brood of vipers’. John has no patience with those who use their privileged positions to seek their own advantage.

He challenges them with the striking image of the ‘more powerful one who will baptise with the Holy Spirit and fire’ and will sort out those who refuse to turn their lives around (the chaff) from those who listen to the call for metanoia (the wheat). The latter are ‘gathered in’ while the former are burned ‘in a fire that never goes out’.

Fire is a multi-faceted image in the biblical record. Here it is used metaphorically for God’s judgment on the wicked. Fire, as we well know in this dry land, is a challenging symbol: it is both friend and foe. In the first-century Manual of Discipline from the Qumran community by the Dead Sea, water, refining by fire, and ‘a holy Spirit’ are listed together as the instruments of God’s saving and purifying action. John, who may have been a member of theQumran community, presents his own role as preparatory to that of Jesus, the Spirit-filled, powerful and enduring agent of God’s refining and purifying work in the world. We know our own ongoing need for a ‘baptism’ with the Holy Spirit and fire. We prepare the way by constantly turning our lives around in the direction of God’s empire.