Pope Francis’ is committed to eradicating human trafficking – ‘In the light of the Good Samaritan, don’t look the other way.’

The Wellington group of religious and friends against trafficking and exploitation of humans, known as ‘Aotearoa NZ Religious Against Trafficking in Humans’ or ANZRATH meet regularly.

Formed as a response to Pope Francis’ Year of Consecrated Life during 2015, there are ANZRATH groups in Auckland, Dunedin and Wellington dioceses.

Our first project this year is to promote and encourage the ‘slavery-free Easter chocolate campaign’.

While chocolate is a widespread sweet indulgence, for many cocoa farmers the chocolate industry is anything but sweet.

More than 70 per cent of the world’s cocoa is grown in tropical West Africa where over 10 million people are income dependent on cocoa farming. But the low commodity prices mean poverty is extensive in cocoa-farming communities.

Most villages lack basic services such as clean water and education. Villagers often have to walk for hours a day to collect water, which is frequently dirty and contributes to disease.

Many children have to work to help their families make ends meet. As well as being deprived of an education they are often engaged in dangerous work, such as using machetes and applying toxic pesticides. Some are used as child slaves on cocoa farms, particularly in the Ivory Coast.

If you’re buying chocolate this Easter look for any of these logos on chocolate wrappers as an indicator of slavery-free cocoa. 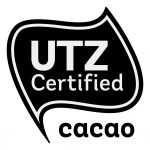 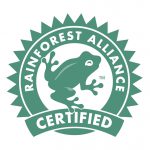 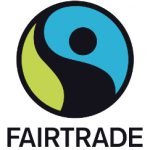 You can send letters or emails to companies in New Zealand not yet making or selling ethically-produced chocolate, encouraging them to produce slavery-free products.