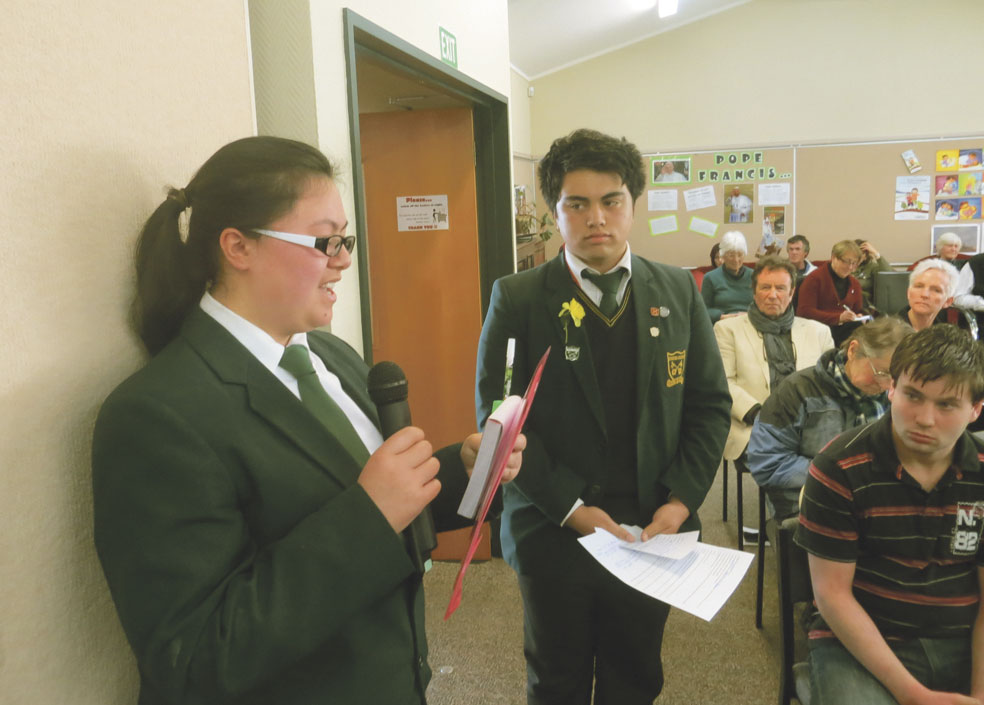 From a Māori point of view, I came to learn that for my work to be meaningful it would consist of three main aspects:

A number of Pasifika students also addressed the meeting and told of the hope that their parents brought to New Zealand which was then dashed through lack of work and high rents.

One student said the rent was almost half what her parents earned and there were bills to pay on top of that.

A Tongan student spoke of her disgust at the numbers of young unemployed. ‘Those businesses that are being established, I don’t see my friends working in those businesses, not at all.’

We are the future but we are not being employed, she said.

The meeting is further discussed here.