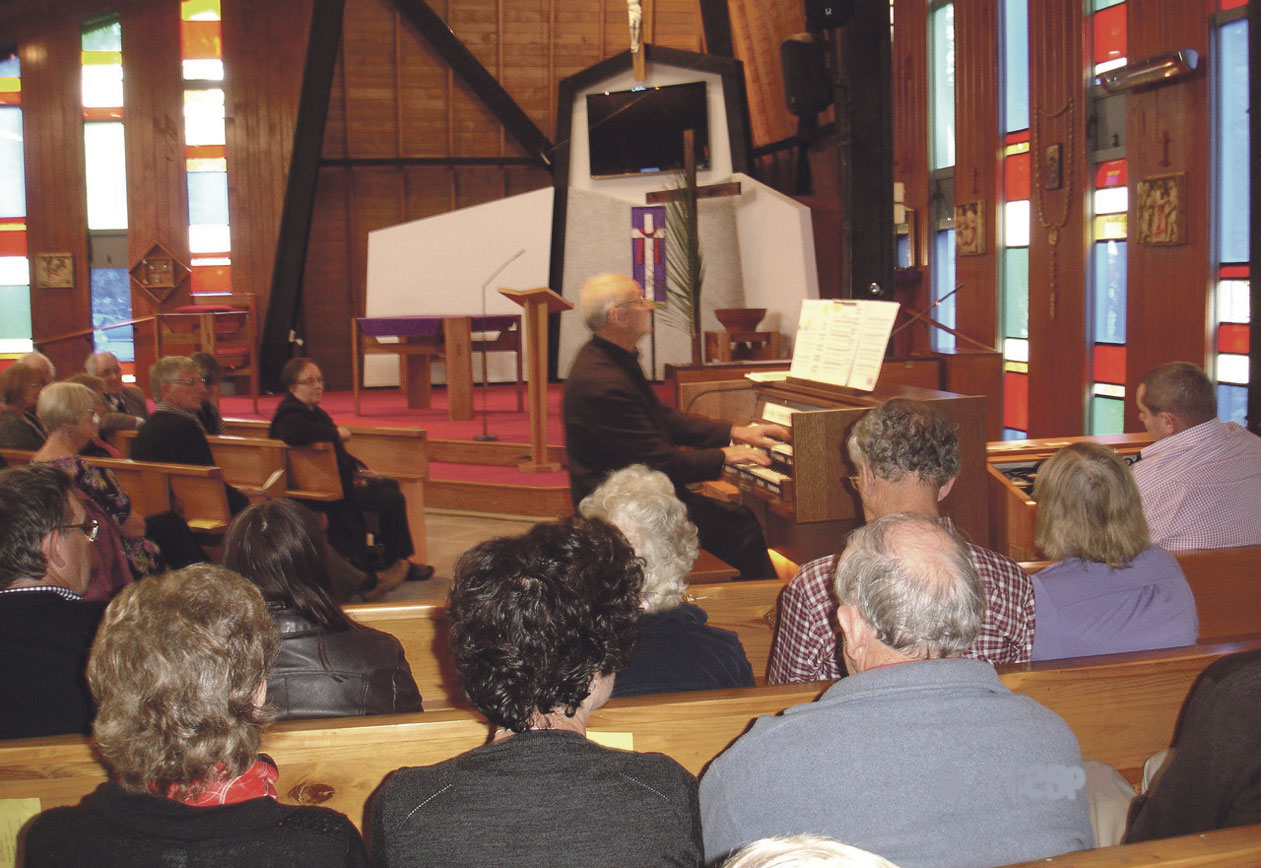 Dr Hainsworth agreed to introduce the organ to parishioners while on an annual tour of New Zealand from Beziers Cathedral, France where he is currently music director. Freelancing in Europe for the past 30 years, he has established a reputation as a most entertaining classical organist with his flamboyant approach.

The programme was varied, lively and memorable and included Charles Gounod’s Pontifical March, Kuhnau’s Biblical Sonata of David and Goliath, Elgar’s Pomp and Circumstance march and the rousing Polka for the end of the Mass by Pagani. It is believed to be the first time an organ recital has been held in Havelock North and has become a regular topic of conversation for parishioners since.

The organ has been used every Sunday and at funerals with three current organists who are rostered for Sunday Mass. The recital was held as the setting sun shone through the church’s stained-glass windows.