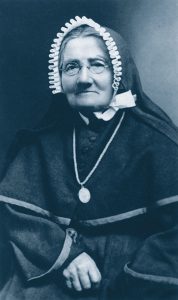 Suzanne Aubert.
The Sisters of Compassion and the New Zealand Catholic Bishops Conference announced earlier this year the first Sunday of October each year as Suzanne Aubert Celebration Day. Masses on Sunday 1 October will include a special Prayer of the Faithful and copies of the intercessory prayer card.

“The venerable Suzanne Aubert died here in Aotearoa New Zealand ninety-one years ago. She gave sixty-six years of her life showing the compassionate face of Christ to some of the most neglected in society.

It is quite remarkable when you consider that as a young woman, Suzanne Aubert chose to leave her native country of France and spend three months travelling to New Zealand on a whaling boat, so that she could answer the call of Christ: the call to serve the sick, the orphaned, the elderly and those who society seemed to not notice.

Her response to what she encountered was to establish New Zealand’s first soup kitchen that still serves almost 40,000 meals a year. She established orphanages for abandoned children and provided care for the handicapped, the sick and the dying,

When she died [1 October 1926] Suzanne was accorded the largest funeral ever in New Zealand for a woman. The whole of Wellington stopped to pay their respects and publicly acknowledge what this remarkable woman had achieved.

Last year, Pope Francis declared Suzanne Aubert ‘venerable’, which is the next step on her journey to sainthood.

Today we are remembering Suzanne Aubert in a special way.

Please join me, the Sisters her and throughout Australia and the Pacific, and the whole Catholic community as we pray that Suzanne Aubert will be recognised by the Church as one of the true and humble followers of Christ who inspires us in our own journey.”

suzanneaubert.co.nz for more information on Suzanne Aubert and the canonisation process.

The purpose for founding the Congregation was to continue the Mission of Jesus Christ: to bring to those disadvantaged in society, the love, care and compassion of Christ. Twenty-five years later on 1 April 1917, Pope Benedict XV granted the Decree of Praise to the Sisters of Compassion, and so making their order a Pontifical Congregation.

Since their founding 125 years ago, the sisters continue to live the vision and spirit of Suzanne Aubert by being responsive to society’s call for help. Suzanne Aubert’s mission was to restore lives, through respect and practical compassionate care. Today the sisters are confident as they move forward, knowing they have the support of people who support and enrich the mission of compassion as staff members, volunteers, Friends of Compassion, or benefactors.

Our Lady’s Home of Compassion at Island Bay, Wellington is the Congregation’s headquarters. With the closure of the hospital in 2002, a public meeting was held to discern needs not being met in society. The consensus was to continue the area as a place of spiritual healing and respite. After a trial period of discernment, it was decided to do a major upgrade.

The most significant aspect of this upgrade has been the building of a crypt alongside the chapel to establish a burial place for Suzanne Aubert as an accessible and peaceful space for the increasing number of people wanting to pay their respects to this woman of great faith.

The upgrade includes a new entry to the chapel and redecoration. Conference rooms have been modernised to cater for conferences and retreats. And a cloister area has been landscaped, allowing for quiet outdoor spaces for prayer and quiet reflection.

On Saturday 14 October 2017, 100 years after the Sisters of Compassion were granted the Decree of Praise, there will be a formal opening, including a number of celebrations on the re-developed site where our Tūpuna Suzanne Aubert once lived and worked. The day will begin with Karakia Whakatūwheratanga – a dawn ceremony – to bless Suzanne’s final resting place, the Home of Compassion will be rededicated, the 125th founding of the order will be marked by the Miha and there will be a special blessing of new stained-glass artwork. This includes a feature window by renowned artist John Drawbridge who created the 14 Stations of the Cross in the Chapel. Everyone is invited to this special day. 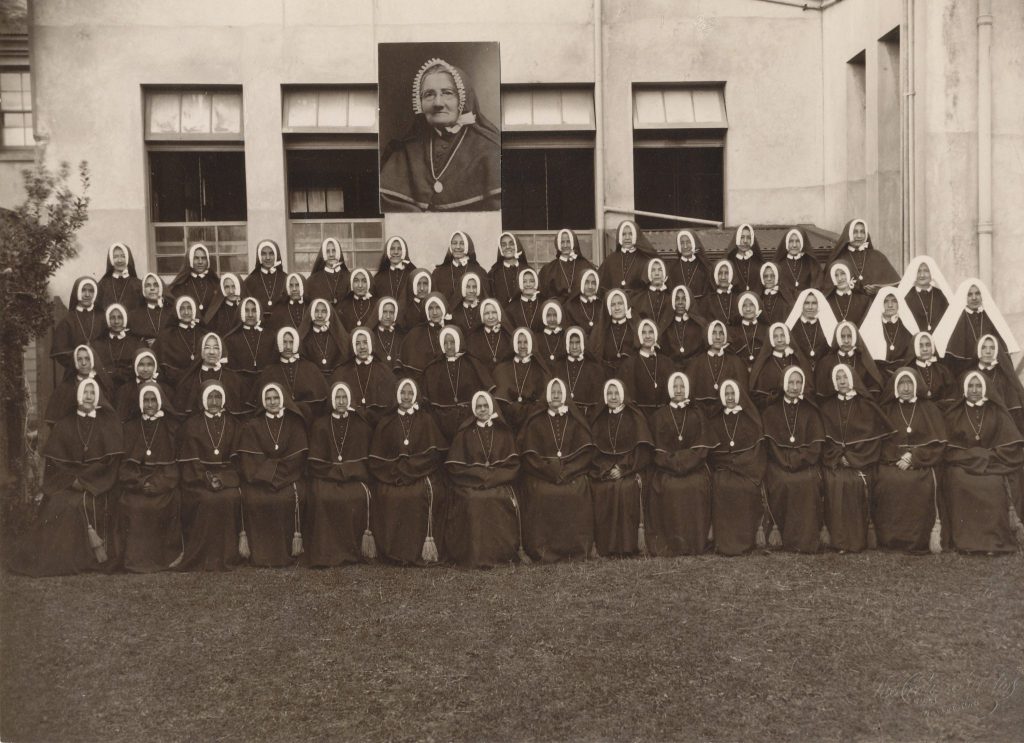