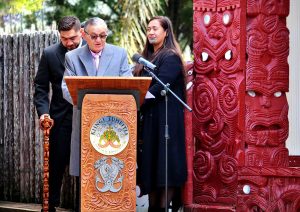 The annual Koroneihana (coronation) commemorations celebrate the anniversary of the coronation of the current Māori King in Aotearoa New Zealand, Kiingi Tuheitia, on 21 August 2006, following the passing of his mother, Te Arikinui Dame Te Ataairangikaahu. Koroneihana attracts hundreds of visitors nationally and internationally to Tuurangawaewae Marae in Ngaaruawaahia, for a week of celebrations.

Tūheitia Potatau Te Wherowhero VII was born in Huntly, 21 April 1955. He is the seventh monarch since the position was created in 1858 and is the continuation of a dynasty that reaches back to the inaugural king, Pōtatau Te Wherowhero. His official residence is at Tūrangawaewae Marae in Ngāruawāhia.

This year, Cardinal John Dew was invited by King Tūheitia to preach the Gospel and homily at the Koroneihana ecumenical service on Wednesday 21 August.

Cardinal John spoke of the recent private audience received by King Tūheitia and Consort Makau Ariki Atawhai with His Holiness Pope Francis. He cited a report of the meeting: ‘you could feel the warmth and the sense of connection with each other – Pope and King; it was like a sign the Pope is in tune with the issues that face indigenous peoples; they spoke about issues pertaining to indigenous peoples and issues for Māori.’ 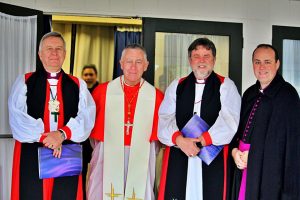 Cardinal John also recalled St Pope John Paul II’s words during his visit to Aotearoa New Zealand 33 years ago: ‘The strengths of the Māori culture are often the very values which modern society is in danger of losing; an acknowledgement of the spiritual dimension of every aspect of life; a profound reverence for nature and the environment; a sense of community assuring every individual that he or she belongs; loyalty to family and a great willingness to share; an acceptance of death as part of life and a capacity to grieve and mourn the dead in a human way.’

Cardinal John said, ‘These values of Māori are the same values the Catholic community is concerned about, and especially for indigenous people – people whose identity and even existence are threatened.’

Cardinal John likened the day’s Gospel reading of Matthew – the words of Jesus, known as the Beatitudes – to Kingi Tuheita’s concluding words of his 2018 Koroneihana speech: ‘Be kind to one another, be strong and look after yourselves.’

Quoting Pope Francis again, Cardinal John said, ‘in the Beatitudes we find a portrait of the Master which we are called to reflect in our daily lives’ and a ‘life plan for holiness’; a plan which is ‘really simple and really difficult’.

Therefore
King of Unity
Peoples (tribes)
may peace be upon
Greetings to all.” 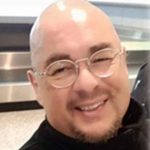 On Saturday 25 May this year, an historic event took place in Rome when Kīngi Tūheitia Pōtatau Te Wherowhero VII was received in a private audience with His Holiness Pope Francis at the Vatican. Kīngi Tūheitia was accompanied by his wife Makau Ariki Atawhai, his daughter Te Puhi Ariki Ngā Wai Hono i te Pō, chaplain Archdeacon Ngira Simmonds and the Anglican Archbishop Emeritus Sir David Moxon. The purpose of the visit was to strengthen ties between the Catholic Church and the Kīngitanga (the Māori King Movement).

Kīngitanga arose among some of the Māori tribes in the central North Island in the 1850s, to foster unity, resist repression and to help as a way of halting the alienation and loss of Māori land. Pōtatau Te Wherowhero, a Māori warrior and leader of the Waikato iwi, was the first Māori King and founder of the Te Wherowhero royal dynasty. He became king in 1858. Reigning Māori monarchs retain the position of paramount chief of several iwi (tribes), especially within Tainui.

A carved wooden gift given from Kīngi Tūheitia to Pope Francis – a baptismal font bowl for holy water – represented a proverb recited by King Taawhiao, the second Māori King: ‘In the palm of my hand, I hold the Catholic, the Anglican and the Methodist churches.’

The history between the Kīngitanga and the Catholic Church is an old one and it has been nurtured in the past by many Catholic Māori who have attended coronation celebrations over many years.

The King’s daughter, Ngā Wai Hono i te Pō was baptised in the Catholic Church by the late Bishop Max Mariu – at the request of her late grandmother Dame Te Atairangikahu. Dame Te Atairangikahu chose to do this as a means of joining the two rivers, Waikato and Whanganui. Ngā Wai Hono i te Pō was confirmed and made her first communion during a Mass celebrated by late Pā Hēmi Hekiera and Monsignor David Bennett at Ngāruawāhia as part of Kīngi Tūheitia’s Koroneihana hui.

The late Bishop Max Mariu was a strong supporter of the Koroneihana and he attended these celebrations, along with other significant Māori annual gatherings such as Rātana and the Māori Women’s Welfare League National Conference. The much-loved senior Māori priest from the Hokianga, Pā Henare Tate, was invited to proclaim the gospel and preach at the Koroneihana
in 2016.