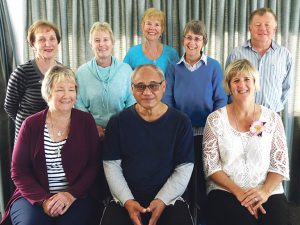 There has been much activity over recent years within the Archdiocese of Wellington around ‘reimagining’, culminating in a series of merged parishes. The Catholic Centre on Hill St has been undergoing its own ‘reimagining’ process resulting this  year in several changes to its operational approach and structures.

Pastoral Services, which has served parishes well for 15 years, has been replaced by two new vicariates (church offices). They are the Parish Leadership Ministry Vicariate, led by Mary-Ann Greaney, and the Family and Young Church Ministries Vicariate, led by Chris Duthie-Jung. These two vicariates have been set up to deliver resources and support services that best respond to parishes’ changing needs. 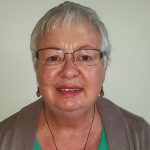 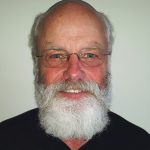 The Parish Leadership Ministry Vicariate was launched in March. Mary-Ann Greaney leads its team of ten pastoral leaders whom she describes as ‘prayerful, well-educated and motivated people’. Last month the new team spent five days of prayer and reflection on their ministries under the guidance of retreat director Sr Lyndall Brown RSJ. They reflected on ministry-life balance to help them give their best ministry to others and they returned ‘nourished and refreshed’.

The new structure aims to strongly support Cardinal John Dew’s vision of pastoral leadership teams with priests and lay leaders ministering together. An important aspect is to help people to better understand the changes that come with the new team-leadership approach. ‘While for some, the change in leadership style may not be easy, the rewards of authentic and collaborative leadership are profound,’ says Mary-Ann Greaney. ‘For example, collaborative support helps reduce stress levels, better decisions are made from a collective wisdom, parishes can become more missionary focused, the joy in pastoral ministry is heightened, and parishioners are better served because the leaders are better able to draw on their gifts.’

Mary-Ann and Debbie are available to work alongside parish teams as they deepen their understanding and practice of collaborative ministry. They are also available to facilitate leadership teams and parish groups, including pastoral planning, evaluation, formation of mission statements, and pastoral council formation.

‘As we think about the many people committed to ministry in parishes at every level, the following leadership prayer speaks of how richly blessed we are’, says Mary-Ann.