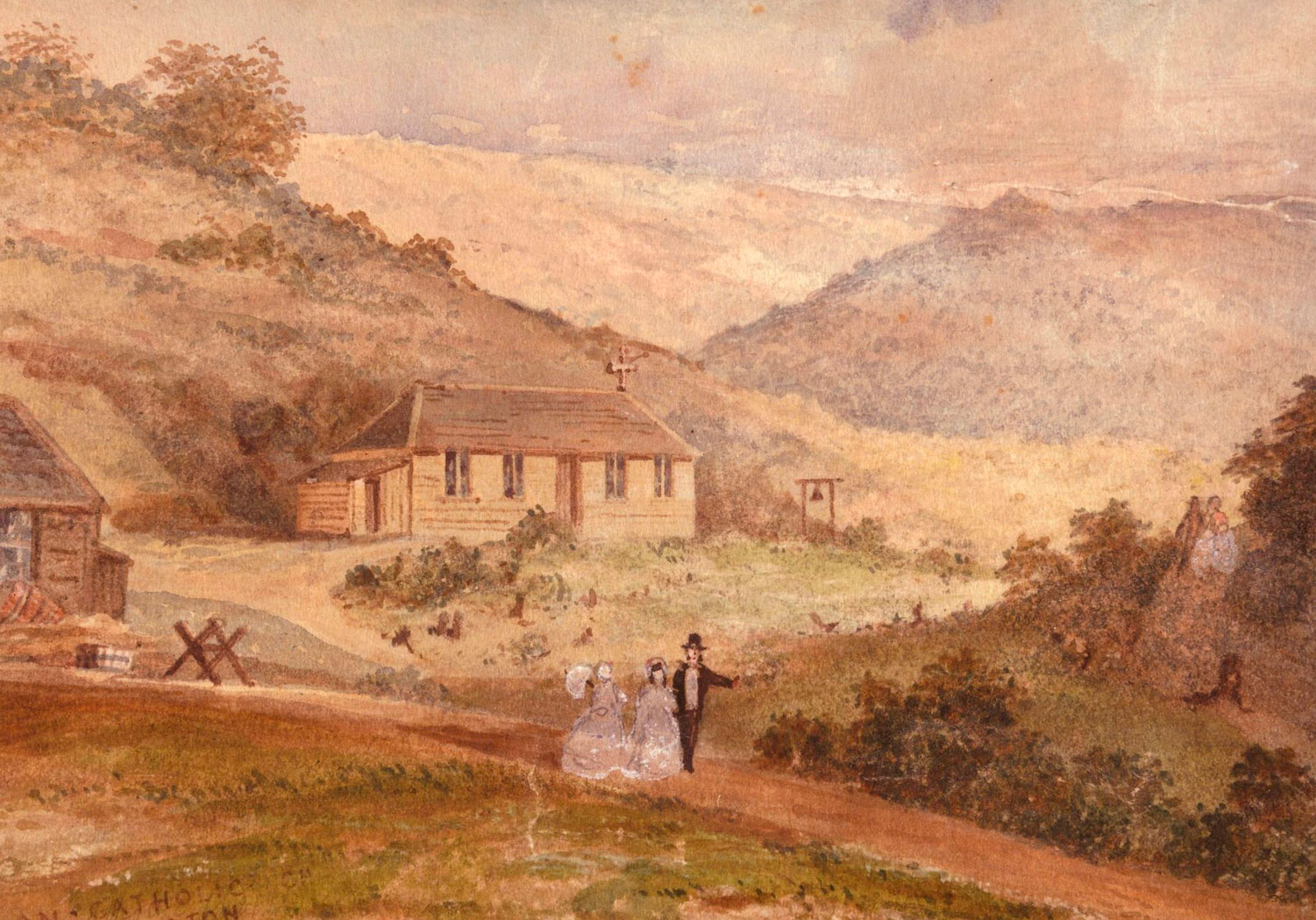 Bishop Philippe Viard sailed into Wellington Harbour on the Clara on 1 May 1850 with a diverse team of pastoral assistants: Marist priests and brothers, Peata Hoki and several Maori catechists, and four young teachers, sometimes known as ‘Viard’s sisters’.

These young women had trained as teachers in Auckland or Whangaroa and had been teaching in Catholic schools in Auckland. Interested in religious life, they had already made a religious consecration on the Feast of St Joseph, 19 March 1850.

Although they did not take formal vows, they took new names and wore a simple religious habit, according to the custom of the time. They were Catherine McCann (Sister M Cecilia), Mary Ann McGarvey (Sister M Joseph), Elizabeth Walsh (Sister M Teresa), and the 14-year-old Sarah McGarvey, who intended to make such a consecration when she was older.

Soon the school was built, and opened in September 1850. This marked the beginnings of Catholic Education in Wellington. Māori and Pakeha children of all ages were instructed in the basics of ‘the three R’s’ – reading, writing and [a]rithmetic. The older girls learned needlework, cooking, and household skills such as ironing.

Bishop Viard was their spiritual director and superior, looked after their finances, preached their retreat, and received their annual vows. They were soon joined by other teachers to help with the work, but illness and their lack of religious formation and structure took its toll: Catherine McCann returned to her family in Auckland, as did the McGarvey sisters. Teresa Walsh continued alone, but died of tuberculosis in March 1860 aged 28. She was nursed by the medical superintendent’s daughter, Teresa Green, who later became a Sister of Mercy.

So within 10 years, this first experiment in religious life in Wellington came to a sad end. These women, like so many at that time, were searching for a form of consecrated religious life, adapted to the special conditions of the Marist Fathers missions in New Zealand and the Central Pacific.

Suzanne Aubert would not be on the scene until 1860 nor would the Religious of Our Lady of the Missions until the 1860s. Bishop Viard would have known of the existence of Marist Sisters in France, founded in 1824, but at the time, they were not available for service outside France. He would also have heard of the departure of Marie Francoise Perroton, lay Marist missionary, (predecessor of the Missionary Sisters of the Society of Mary), who set out from France for the missions of Oceania in 1845. Other women followed her to Oceania throughout the 1850s, hoping to become religious, in a life style adapted to the Pacific missions.

Eventually, Bishop Viard called on the Sisters of Mercy to continue the work of Catholic education in the archdiocese, but the foundations belong to these courageous women.