Archbishop John Dew of Wellington has apologised to the people of the archdiocese for ‘the deviant and sometimes criminal behaviour of clergy in many parts of the world’. 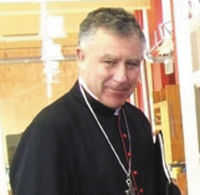 In a letter read at Masses throughout the archdiocese during Holy Week, Archbishop Dew said ‘some of those called to be shepherd have been found wanting through their abuse of the sacred trust placed in them. Though these are few in number, the entire church leadership must accept responsibility for their failure.’

Alluding to the situation in New Zealand, Archbishop Dew said there had been priests who had abused children and young adults in this country ‘so we do not claim to be guilt-free’.

But he said the protocols that had been put in place and developed since the 1990s were ‘very strict’. Subsequent reviews had ensured that ‘the best is done for those that have been abused’.

‘We offer support to victims and do everything posible to ensure that their dignity and self-esteem are not further eroded.’

‘I have apologised to victims of abuse; I do so again in the face of the present crisis engulfing the church. I also apologise to you, the people of the archdiocese, for the humiliation, embarrassment and disappointment you feel.’

Archbishop Dew said he realised an apology on its own was not sufficient.

‘It is necessary that we, the shepherds, look closely at our own actions and life style, deepen our prayer life and consider anew the meaning of our commitment to living the "self-renunciation of Christ". This Year of the Priest and the dignity of our calling demand that we do that.’