Team Manager and Marist stalwart Tony Meachen, who selected 7s teams with Sir Gordon Tietjens and himself coached the championship-winning Wellington 7s team between 1994‒2006, said, ‘We won our first two games against Horowhenua Kapiti U/18 and East Coast Rugby Union U/18 at Playford Park Levin on Thursday 14 September, but lost on the following Saturday to the Centurions U/18 ‒ who had playing for them some of the Championship winning St Pat’s Silverstream players.

‘The Catholic Schools had a high level of interactive skill through training together often. There was a great skill with individuals in both teams. In games like this, it’s about meeting yourself ‒ in terms of confidence ‒ and taking your chances.’

Another win for St Mary’s

St Mary’s College first XV rugby team earned their first top-four national tournament title with a 29-12 win over Hamilton Girls’ High School on the Sport and Rugby Institute field in Palmerston North, Sunday 10 September. Team Manager Mark Hurley says, ‘We are now the National 15s champs, national 7s champs and international 7s champs. I’m not sure if many schools can stake a claim to that feat! We are definitely the first Wellington school, boys or girls or co-ed to win National title at Top Four (15 aside competition).’

Captain Dhys Faleafaga said, following a special school assembly to honour the winning team, ‘I think the bond between us girls is what gets us through each game. Being on the field and looking to the side and seeing your sister playing with all her heart and putting her body on the line, it makes us want to play for each other and win it.’

Several of the girls play multiple sports to a high level, with New Zealand under-21 netballers and Junior Tall Ferns basketballers among their ranks.

‘I think it’s just the special thing about St Mary’s, our sisterhood. It goes across all sports here. Our sisterhood is something that I don’t think you can get at another school,’ Dhys Faleafaga said. 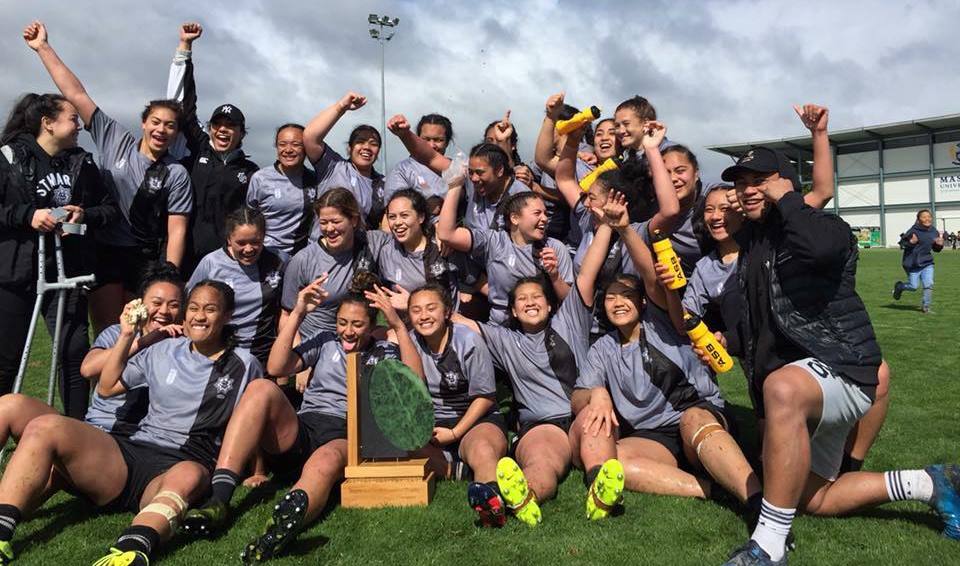